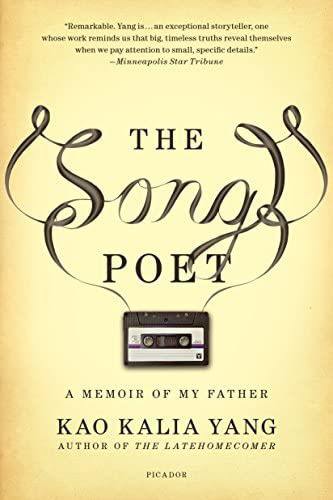 Presented with the Ramsey County Historical Society, Historic Saint Paul and the Minnesota Opera, this event will feature Minnesota author and Hmong-American Kao Kalia Yang to discuss her book, The Song Poet, and her collaboration with Jocelyn Hagen about their opera presented by Minnesota Opera this Spring.

A father’s love, a family’s journey.
The first Hmong story adapted for the operatic stage, St. Paul writer Kao Kalia Yang’s memoir The Song Poet comes to life in this world premiere opera. It tells the story of Yang’s family and her song poet father as war drives them from the mountains of Laos into a Thai refugee camp and ultimately on to the challenging world of life as an immigrant. With his poetry, Kalia’s father inspires hope in his family, polishing their reality so that they might shine.

Kao Kalia Yang is a Hmong-American writer. She is the author of the memoirs The Latehomecomer: A Hmong Family Memoir, The Song Poet, and Somewhere in the Unknown World. Yang is also the author of the children’s books A Map Into the World, The Shared Room, The Most Beautiful Thing, and Yang Warriors. She co-edited the ground-breaking collection What God is Honored Here?: Writings on Miscarriage and Infant Loss By and For Native Women and Women of Color. Yang’s work has been recognized by the National Endowment for the Arts, the National Book Critics Circle Award, the Chautauqua Prize, the PEN USA literary awards, the Dayton’s Literary Peace Prize, as Notable Books by the American Library Association, Kirkus Best Books of the Year, the Heartland Bookseller’s Award, and garnered four Minnesota Book Awards. Kao Kalia Yang lives in Minnesota with her family, and teaches and speaks across the nation. 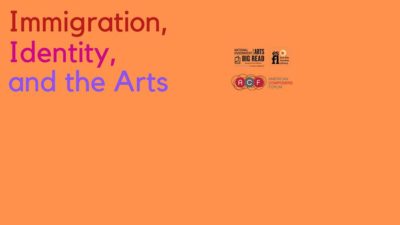 American Composers Forum believes that music is a medium that can help us connect as humans, tell stories, and share experiences. East Side Freedom Library has long hosted study groups, partnerships, and community events that lift up the stories of its neighborhood in the name of justice. Together, we will host several cultural events and conversations examining the theme of “Immigration, Identity, and the Arts,” to amplify the voices, stories, and music of immigrant artists and community members wrestling with this theme. Included in our events will be discussion of, and inspiration from, Thi Bui’s graphic memoir, The Best We Could Do. Supported by the NEA’s Big Read project, this book aligns greatly with our theme, and resonates with so many members of our community. We are planning parallel in-person and virtual options to accommodate health and accessibility considerations. All events are free and open to the public.

NEA Big Read is a program of the National Endowment for the Arts in partnership with Arts Midwest.